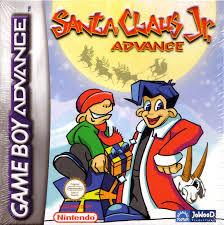 In the early days of gaming you’ll find most of these titles as demos or exclusive free content when purchasing gaming magazines that were issued around the same time of the festive holidays.I felt like scraping at the bottom of the pile here.But i managed to dig some up. This list will not feature games that have themes or dlc patches but had physical releases. Feel free to add you own personal favourite … END_OF_DOCUMENT_TOKEN_TO_BE_REPLACED

Dreamcast 2.0 (Pro) Project Guide How to set up yourself

The Sega dreamcast perhaps being my favourite console I finally took the jump on purchasing a clone Dreamcast GDEMU. It always felt like a gamble as it is a clone and there is no direct support for this. Also they have been quite pricey. Now the Sega Dreamcast community is really behind in supporting this which is always apricated. This then lead me to really try to bring out the … END_OF_DOCUMENT_TOKEN_TO_BE_REPLACED 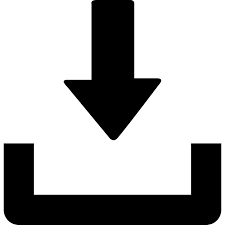 Recently purchasing a GDEMU I am having a lot fun finding out what we can do with this awesome contraption. After coming across a post by Razor X on the forum Sega extreme. He thought us how to change the menu also giving us access to making our own GDEMU Menu layout. Here is a Video on how to do it your self. Download links are below Original Source post … END_OF_DOCUMENT_TOKEN_TO_BE_REPLACED

With the Collaboration event of RightSprite and Cinewolrd coming 15th of February RightSprite are give you and a buddy a chance to see the Sonic movie for completely free How to enter: Step 1 : Like /RightSprite.co.uk on Face BookStep 2 : Follow /RightspriteukStep 3 : Subscribe to R.S You Tube Channel The winner will receive a set of 2 tickets that can be used for any Showing at any … END_OF_DOCUMENT_TOKEN_TO_BE_REPLACED

Right Sprite is teaming up once more with Newport’s Spytty Park Cineworld. What to find there ? Event Video Coverage ( update – Composition is now over ) There will also be a chance to win a pair of tickets to watch Sonic The movie for completely free. To enter you must simply do the following : Like us on FaceBook and share the Competition post Found on RightSprite Facebook … END_OF_DOCUMENT_TOKEN_TO_BE_REPLACED

April 14, 2018 Sega fans were teased. In hype of the 30th Anniversary of a mega drive mini is in the works. With some hold backs mostly due to the collaboration with AT games in charge of the hardware. It was later merged with a higher more capable company to delivery a better quality machine much like what SEGA were remembered by. This pushed forwarded the release date. Released October … END_OF_DOCUMENT_TOKEN_TO_BE_REPLACED