If you haven’t heard of the Phantasy Star series it is basically Sega’s answer to a role playing series game that kicked off on the master system back in 1987, being a direct competitor to the Nintendo’s dragon quest and the final fantasy series. The series span off with multiple sequels and is now available on most consoles. With the release of the Dreamcast being the first home console to come with a modem, it was the first to open up online gaming to the consoles market .This was truly was revolutionary for the gaming industry .

At the same time of owning a Dreamcast i also owned a PC but i never actually got around to playing any sort online MMORPG  ie :Rune Scape / Ultima online .It never took an interest to me until it was brought to home consoles .
Back then wireless wasn’t accessible . The Dreamcast came with dial up cable with a whooping  56k speed . Which was the same as my PC was back then in those days  . I remember at the time the cable wasn’t long enough to reach my bed room and i would wait until night time after everyone has gone to bed ,sneak in the living and hook up Dreamcast for a cheeky late night gaming shesh.

When setting up for the first time. I had a lot of doubts that i would actually get this working as i have never done anything like this before. After plunging in the cable from my Dreamcast to the NTL box (anyone remember them ? ). I tested the connection first with the Dreamcast key CD that came with the console . Once the browser was working and up to date. I popped the disc in and  fired the game up. 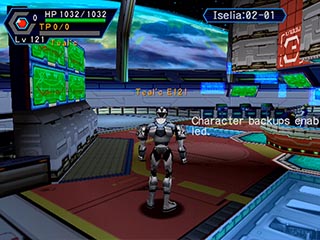 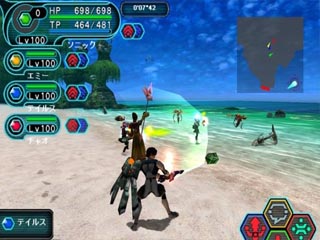 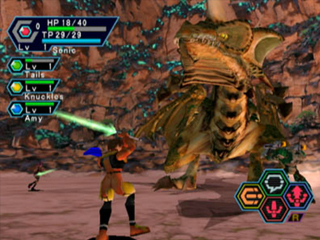 I always remember the intro i was memorised with the feeling ,what on earth am i getting into i never played anything like this ever, how does work , this is so different. After selecting the connecting to network mode the connection dialling screen came up and my fingers were crossed and i was thinking did i do everything right …….. and a minute later or 15 , hoping  that it would work correctly the substance was on a high .Then Boom!  Connection was made and I’ve finally entered this new realm of gaming. Being very excited about it i wanted shout out with joy. At that time of hour i had to keep it under control until the next day i just burst out telling my buddy in collage.

For a gamer this personally was has one of my most highlighted experience of playing video games. Sharing the experience with people online together was pretty dam fun. After gaming for a few weeks in short spells . I was oblivious to how they would charged you to playing online games as any previous experiences of online gaming i had were on PC with no charge at all,  so i didn’t think much of it.

Trying to hide the fact , I was playing a game on my parents TV and having cable run the living room was just a no go .Though my game play at that time was very limited in the early hours of the morning, it did help make each minute further enjoyable.

My experience was short lived  as i got sloppy and upgraded to a 30ft cable running from the living to my bedrooom. This went towards them finding out by asking why the hell is there a phone cable running throughout the garage ,hall way and living room . Oh and do you know anything about this £45  phone bill for online services . I was cought out big time. Thus my experience had to come to an end.

Looking back, that was a a pretty high bill to play a game even for today times. But me and my collage buddy did have a couple of evenings hooking up two Dreamcast’s to a dial up splitter .

Check out http://www.schtserv.com/ for further details of connection for Dreamcast , Game Cube and PC.

One year later from the original the game got quite hacked and buggy so Sonic Team released Ver 2 to address theses issues.

This provides :New features and overall improved game play balance . A extra’s available were a battle mode allowing other members to battle one another, a new difficulty titled “Ultimate Mode”, a new soccer game within the lobby, and allowing Players to reach a maximum level of 200.

Comment below and tell us about your experience or even if your looking to set up in 2017.