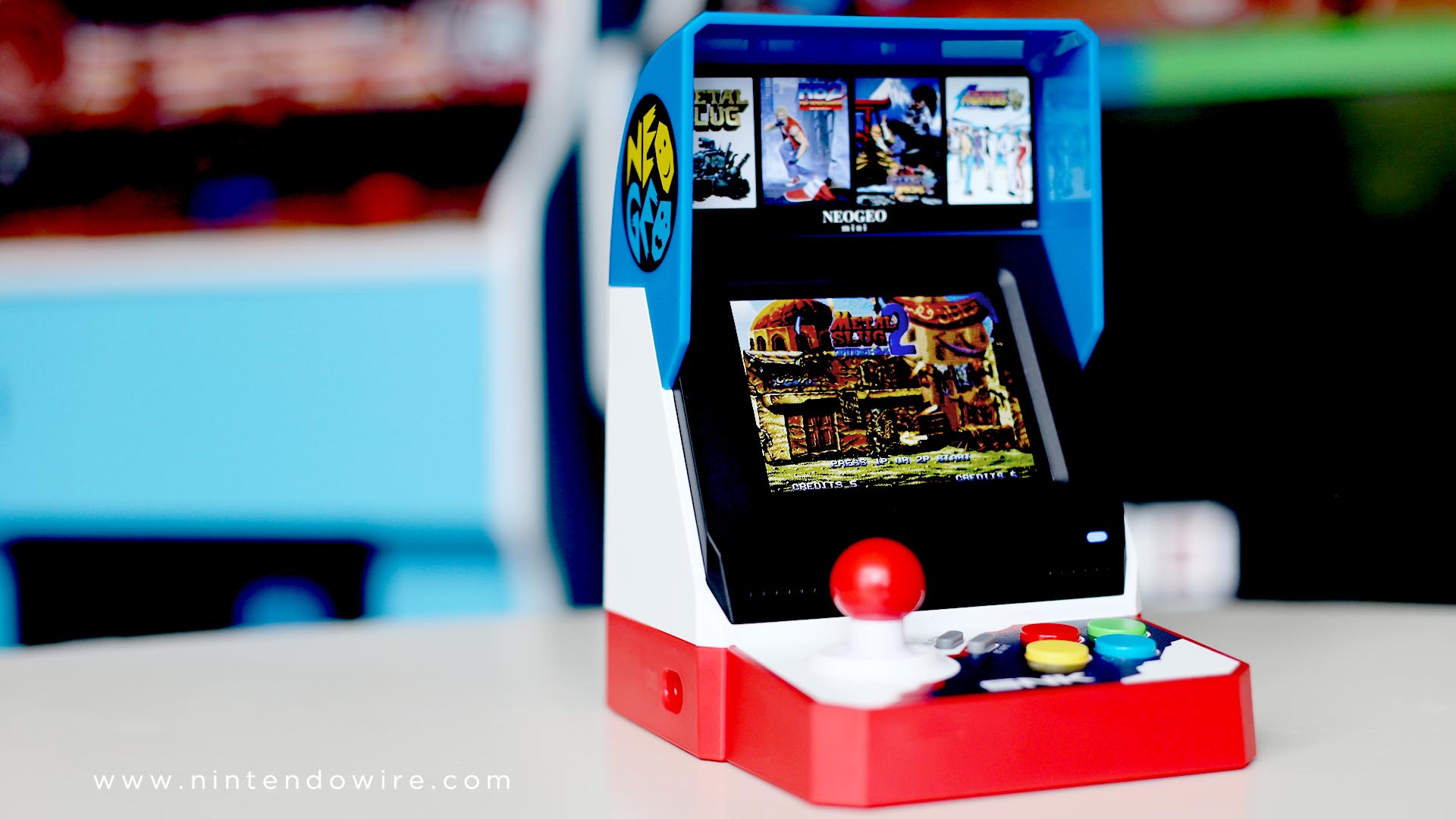 Neogeo have now jumped on the mini console band wagon by announcing the NEOGEO Mini . Here is the information that we now so far .

The NEOGEO mini will be available in two different designs, one for the Asian market and the other one for overseas markets (North America, South America, Europe and other regions). The Japanese version will have a design in black, white, and red, That being a faithful reproduction of  the original arcade cabinet that was introduced in Japan in 1990.

SNK didn’t say which titles would be included in the 40-game lineup, but photos of the device show games like Metal Slug, Samurai Shodown 2, The King of Fighters ’97 and ’98, and Real Bout Fatal Fury 2: The Newcomers. No announcement of the price or release date for the Neo Geo Mini.