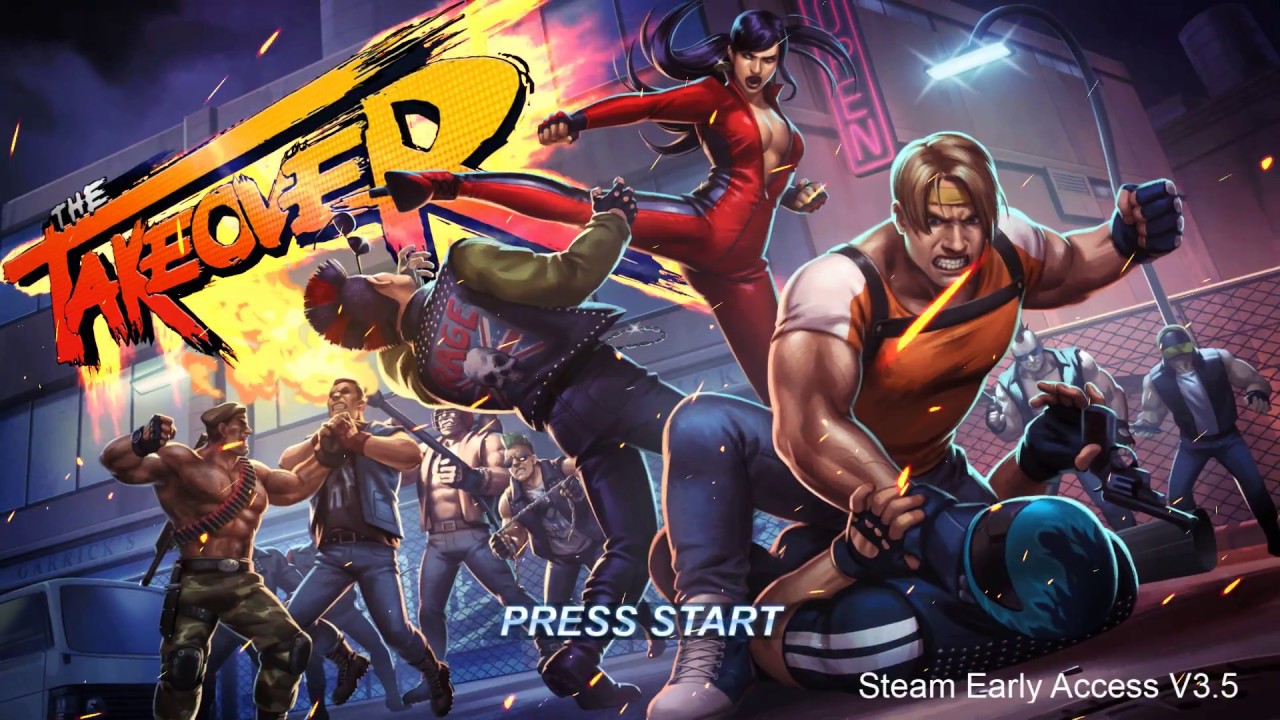 The TakeOver is at heart and old school beat ’em up inspired by games like Final Fight and Streets of Rage. Although the game play is based on these classic games. The game offers an extended combo system, fast game play and modern visuals. Using a combination of full 3D backgrounds and high definition pre rendered sprites . The game is designed with Full HD in mind.(taken from Steam store)

I remember testing the first early access version back in Feb 2016 which contained just the first stage from story mode and 2 survival stages for the PC . After support and communication from the community a lot of updates have been applied and is now almost in completion. The game company has now revealed that the title will be heading over to the hand held / console market , giving us consoles gaming as taste of the beat um up genre we’ve been craving.

From when it was first released i could tell that the game had a lot of  potential . Now playing a version close to the completion i can say that, new and existing fans of the the beat up fans genre are in for treat . I found most of the game took a lot of inspiration mostly from streets of rage which won me straight away as that series is undoubtedly in my top 10 game list of all time.

This game adds some updated gameplay styles with some tasty looking 3d rendered backgrounds. It ‘s been great to see this title grow over the year whilst adding further references to some of my favourite games , truly hitting thoses nostalgia string .

You can now download the game via steam if your PC Ready or just a little wait for the switch , No defiant date has been issued.